Supair was born on the shores and in the sky of Lake Annecy, for 40 years we have been bringing you adventures in the air, discover this fabulous story...

SUPAIR, 40 years of life in the air

Supair was born in Haute-Savoie (France) between a design workshop and beneficial winds, between sewn thread and mountain thermals. Our common thread: the pleasure of flying, closeness to you, excellence and teamwork.

And we have never lost the line.

Our harnesses are inscribed in the memory of flight . Our wings are instinctive with a reassuring feel. Our accessories accompany you in the air.

We have always believed that it is possible to preserve the lives of pilots and at the same time make them feel good.

Our brand brings together creators, children of flight, stratospheric imaginations to design outdoor products. Literally. We do not give ourselves airs, we simply have the air of what we are: an effective brand, neat and open to the freedom of the winds.

Since the beginnings of paraglider, we have remained faithful to the creative and adventurous spirit of the pioneers, to facilitate access to the air for all new paragliders and to imagine new and innovative products and services.

Everything was to be invented in the first flights of Supair.

Everything is still to be invented at each flight in our community.

The small and big history mixed with the passion of flight begins in 1979 with the founder Pierre Bouilloux. Bubbling with ideas, to the point in terms of design, hang gliding instructor, he is looking into the question of harnesses... indeed his passengers were fainting in flight because of compression stitches. His first sewing machine transformed his apartment in Annecy (Haute-Savoie) into a production workshop.

The first products signed "SUP'AIR" date back to 1982... Since then, the brand has experienced many significant events.

The first SUPAIR harnesses were marketed and the brand took off with the start of this new sport.

For the first time, SUPAIR harnesses are available at rescue parachute.

In the early 1990s, another innovation was the first automatic harness buckles from paraglider. They were developed (from the idea to the design and production) in partnership with a local specialist company. A few years later, the development of these buckles led to the first anti-forgetting systems.

At the same time, Pierre was flying. He was French champion in paraglider from 1990 to 1994 and improved the FAI triangle world records several times. He is also a pioneer in bivouac flights.

In 1992, SUPAIR became the first manufacturer to integrate the airbag into the harness. The first Anti-Balance-Systems improve the active safety of the harnesses.

The whole of the 1990s was a period in which damping systems evolved a great deal; SUPAIR was the first manufacturer to integrate the Airbag into the harness.

SUPAIR opens its workshop in Romania.

Move to the current premises in Chavanod with offices, stock, design and development workshops. Each harness received from the European workshops is individually checked and fitted with its accessories before being sent "ready to fly".

Creation of a team of acro pilots.

Harness with a release system for the main glider and a steerable rescue BASE system.

SUPAIR starts to manufacture canopies at design . Its first model is a tandem, the SORA, which quickly becomes a reference for instructors and schools.

First solo wings of the brand: the EONA (EN-A), the EIKO (glider mountain) and the LEAF. 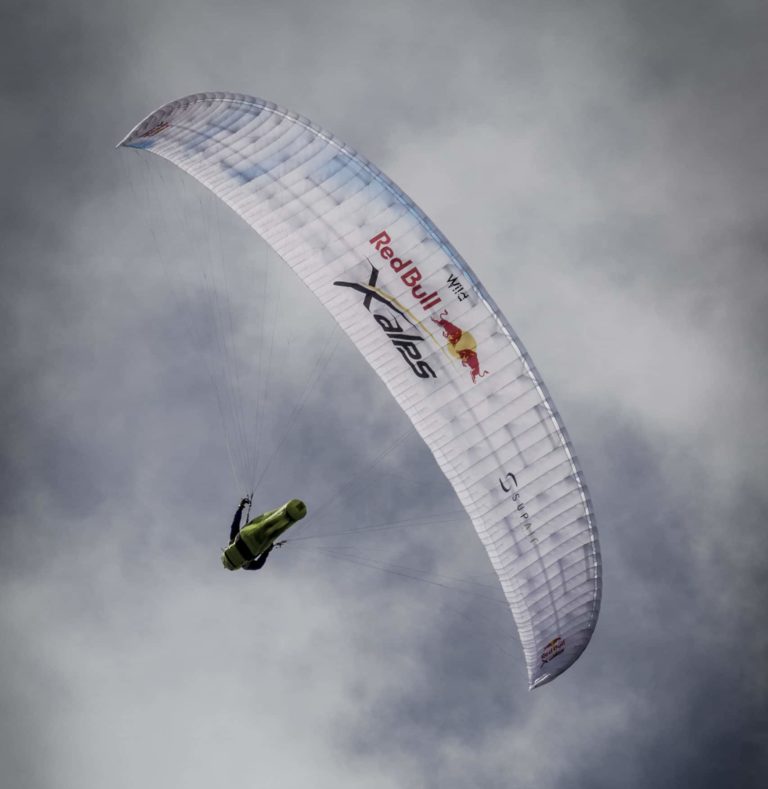 Acquisition of the Gradient brand. The WILD model, driven by Benoit Outters, reaches the second step of the podium of the prestigious X-Alps competition.

Opening of the Swiss and German subsidiaries. Explosion of the practice of Hike&Fly which benefits SUPAIR products.

The BIRDY, original glider a true "Swiss Army knife" that accompanies the progression.

The Radical and Delight harnesses are in their fourth generation and the EIKO in its second.